Five Museum and Exhibition Books to Run and Get 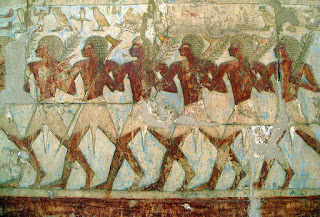 About once a year I make suggestions of what books or guides will be of interest as gifts for my reader's loved ones and friends who are interested in art and Egyptology. I am of course a giant fan of museum and exhibition guides as they usually contain objects and artifacts that are rarely if ever published elsewhere.

I have avoided repeating already published recommendations. My choices are based on the quality of publication including both the text contained as well as photographs present. A number of these publications are out of print but can be found for sale online. Prices are all for a new condition copy. 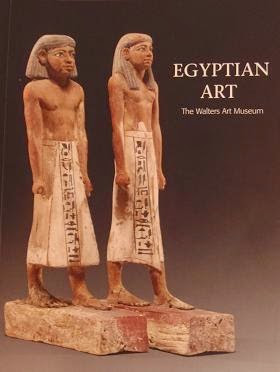 1. When it comes to ancient Egyptian art, The Walters Art Museum is not exactly the first thought that comes to mind. This is probably because the collection has rarely been published before this guide. The Walters contains the largest collection in America of objects purchased in Egypt from the great Karnak cachette which contained more than seven hundred statues and more than ten thousand bronzes.

The Walters also contains a number of unique works of ancient Egyptian art and a large collection of squatting block statues. The guide can be purchased from the Walters Museum itself for about $25 U.S. 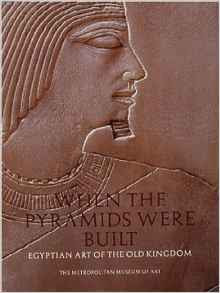 2. When the Pyramids were Built is not technically a guide but a book meant to accompany the show by the same name. The show started at the Galeries Nationales du Grand Palais in Paris from April to July 1999. The exhibition moved on to New York's Metropolitan Museum of Art through to January of 2000 and on to The Royal Ontario Museum in Toronto to May 2000.

The book is by Dorthea Arnold with the beautiful photographs by Bruce White. The exhibition contained a remarkable collection of art from the age of the pyramid builders of ancient Egypt's Old Kingdom period.The arts of the Old Kingdom contained many austere works of stone carved vessels while the tombs of the courtiers of the pyramid age have some of ancient Egypt's finest carved reliefs. When the Pyramids were built is a must have for any art lovers collection of books. I was unable to find it for sale anymore on the Metropolitan's site so you will have to get it online for a very reasonable $10-20 U.S. 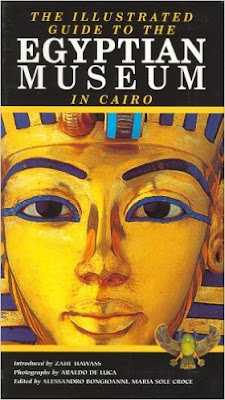 3. How can I write an article on Egyptian art without mentioning, The Illustrated Guide to the Egyptian Museum in Cairo, the guide is easy to carry around while visiting the museum and contains very attractive photographs by Araldo De Luca.

The collection presented is a few of the usual subjects that the Egyptian antiquity authority over markets, though there are a number of less marketed artifacts including some lovely archaic jewelry. The big let-down for me is the almost total absence of the museum's mummy collection with the exception of some of the extremely over marketed mummies of the New Kingdom rulers. The guide can be purchased online for around $100 U.S. 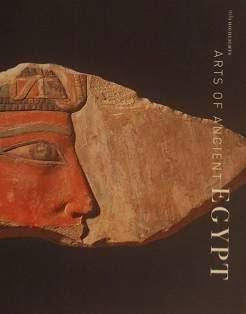 4. During the early years of the twentieth century Harvard University and the Museum of Fine Arts, Boston excavated in Egypt. The expedition was granted much of the Giza plateau which includes the great pyramid.  Through the division of finds allowed in those years the Museum of Fine Arts, Boston obtained one of the world's greatest collections of Old Kingdom Art perhaps only rivaled by the Cairo Egyptian Museum.

Excavations also brought to the museum one of the finest collections of Middle Kingdom art anywhere. Usually, museums are heavy in New Kingdom pieces and Late period art, provenance or not. This is what makes Boston's collection so important complete with most of the collection having provenance. The museum also has an important collection of Nubian artifacts also acquired through the division of finds. In this guide titled, Museum of Fine Arts Highlights: Arts of Ancient Egypt, the viewer is presented with attractive photographs and text that tell the stories of ancient Egypt. The guide can be bought from the museum for $20 U.S. 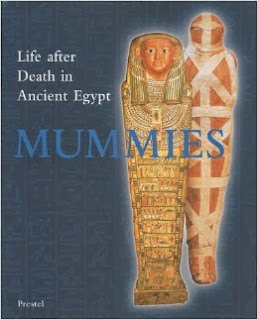 5. Mummies Life after Death in Ancient Egypt was an exhibition held at Museum Fur Kunst und Gewerbe Hamburg January to April 1997, and on to the Roemer-und Palizaeus-Museum, Hildesheim to November 1997. Once again I am recommending not a guide but a book written in conjunction with the exhibition. The book is filled with many lovely photographs of a remarkable collection of mummies and mummy paraphernalia.

There are a number of drawings and minor artifacts from the great king's cache tomb DB 320 found in 1881, officially. Contributions are made to the text from a number of respected people including Altenmuller Hartwig. In Mummies Life and Death in the Afterlife is to be found a beautiful well-rounded presentation on the art of mummification. The book can be found online for only a little over $50 U.S.

Queens of the Nile 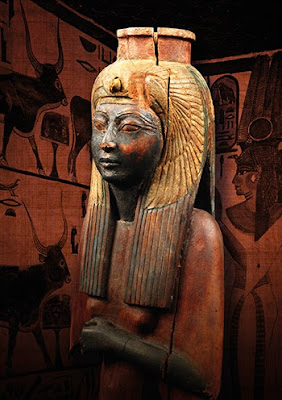 A new exhibition called "Queens of the Nile" will take place at the Rijksmuseum Van Oudheden between November 18, 2016, to April 17, 2017. The show deals with queens of ancient Egypt's period of empire in the New Kingdom between 1500 BC to 1000 BC. Over 200 of the fine objects in this exhibition have been borrowed from Italy's Turin Egyptian Museum whose collection is renown for being second only to the Cairo Egyptian Museum collection.

A number of objects in the show were found during Ernesto Schiaparelli's excavations in Egypt's famous Valley of the Queens near Luxor at the beginning of the 20th century including finds from the spectacular tomb of Ramses II's wife Nefertari found in 1904. If you are in the Netherlands "Queens of the Nile" sounds like one of the most exciting exhibitions of the season. 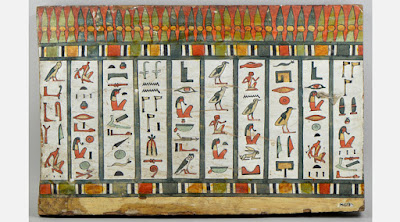 Liverpool's World Museum is holding a short exhibition called Animal Mummies Revealed that runs from October 14 - February 26, 2017. The exhibitions collection of animal mummies features many different mummies from cats to snakes, crocodiles and every type of birds. Animal mummies were given as votive offerings to the various gods by pilgrims hoping to receive the god's blessings.

The exhibition is in partnership with the Manchester Museum, Glasgow Museums, and the University of Manchester. Also, check out the Liverpool World Museum site as it has lots of fine artifacts on the site and some great activities for children and their schools. 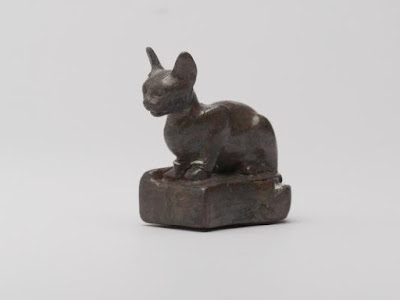 The Dallas Museum of Art is holding an exhibition on cats in ancient Egypt created with the help of the Brooklyn Museum, which has contributed various cat-related objects from Brooklyn's extensive collection of Egyptian art. The show starts today through to January 8, 2017, with some of the objects that have rarely been seen before.