Why King Kamose was Thrown Away 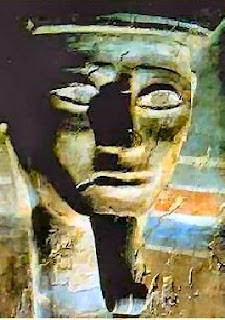 At the time of the discovery of King Kamose's mummy in the family necropolis at Dra Abu el-Naga in 1857, the body was not recognized as the king because of the inferior coffin and the lack of a cartouche surrounding the king's name. The impression was further hampered by the presence of the coffin buried or rather dumped within a hole in a pile of rubbish.


To the discoverers, August Mariette and Heinrich Brugsh the coffin yielded a small but impressive assortment of objects including a dagger of gold and bronze attached to the king's arm, a mirror, and elements of gold jewelry which in one case an element bearing the name of Kamose's brother and successor King Ahmose in a cartouche. The excavators failed to recognize the burials importance and the jewels were sent to France as a diplomatic gift to a French prince. The coffin went into storage and the mummy was left with the pile of debris being lost forever.

Why an expert in hieroglyphics such as Heinrich Brugsh did not recognize in the coffins inscription the name of the king may have been as a matter of a hurried excavation and a coffin whose appearance did not warrant much concern for its occupant's name. The gold element of the cartouche containing the name of Ahmose found on the mummy may have been the only part of the burial the finders translated. The unassuming coffin remained forgotten in storage for another fifty years before George Derresy found and translated the coffin inscription discovering Mariette's and Brugsh's mistake.


Why was Kamose not found in tomb DB 320 with his father Sequenenre Tao II and his brother Ahmose, and his nephew Amenhotep I and their queens? From this line of the four king's transversing the end of the Theban Seventeenth Dynasty and the early Eighteenth Dynasty, only King Kamose was missing. 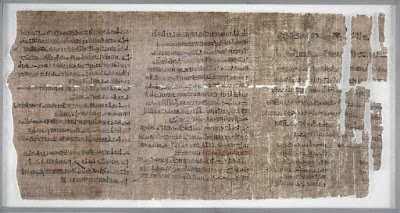 The Abbott Papyrus in the British Museum comes from perhaps the sixteenth year of the reign of Ramses IX, around 1110 BC and tells of an inspection of Kamose's tomb and says, "The sepulcher of the king, the sun which provides the creation, son of the sun, Kamose, examined on this day, was in good state."*


The funeral of the third priest of Amun Djedptahuifankh in the eleventh year of the reign of Sheshonq I,  (according to an inscription on his wrappings), was buried around or slightly after 933 BC. Djedptahuifankh being the last mummy buried in DB320 at which time Ramses II, Seti I and other earlier mummies were likely cached filling the entrance corridors of the tomb.


I can suggest that King Kamose in a clandestine operation was removed from his tomb and buried under the rubbish for the robbers to come back later. For whatever reason, the robbers never made it back and the king was left unceremoniously discarded with the refuse.

Has anyone gone back to the rubbish dump and picked through it?

Unfortunately it is 160 years later and the exact location in the Theban necropolis was not properly recorded. Today the bones of the king would be impossible to identify. However thanks to DNA testing if the bones have been collected we may yet be able to identify king Khamose as so many of his family are known.

Thanks for your question John

Problem is, King Kamose's mummy turned to dust, right? That means not much is left of him. Right?