The Temple of Mut

An incredibly short excavation season at the temple is just about finished for the Brooklyn museums dig. Here is a round up.

http://www.brooklynmuseum.org/community/blogosphere/bloggers/2009/02/27/time-flies/
Posted by Timothy Reid at 5:21:00 PM No comments:

So Much to Find

Here is a video on the art of restoration and preserving Egypt's glorious past including short interview with the Secretary General of its antiquities service. There is a video about Berlin's bust of Nefertiti afterwards.

The Sinai peninsula has long been a resource to the Egyptians in search of turquoise and copper and the place the Egyptians left a temple.

Dr. Zahi Hawass has recently claimed responsibility for the finding of a statue at Giza of a sitting man.

Sounds like a beautiful idea however buildings that encompass water features particularily under water are more than often money pits.

http://www.guardian.co.uk/world/2009/feb/20/alexandria-sunken-treasures-underwater-museum
Posted by Timothy Reid at 10:49:00 AM No comments:

Some people are full on half wits and others would be lucky to have half a wit. My heart goes out to the young lady and the others injured and their families consumed by the stupidity of idiots. God bless the innocent. 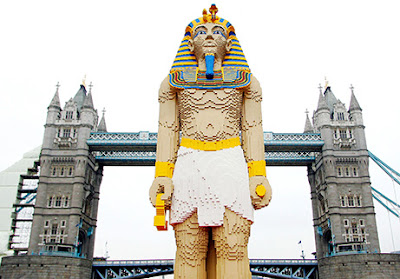 Photograph by Geoff Caddick/PA Wire via AP
Posted by Timothy Reid at 10:51:00 PM No comments:

Stranger in the Valley of the Kings 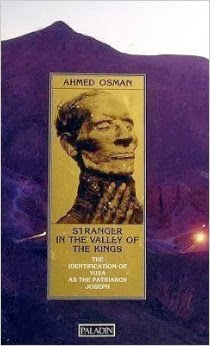 This 1987 book is a study of the mummy of Yuya discovered in 1905 in the Valley of the Kings and the biblical figure of the Patriarch Joseph. This short book requires no knowledge of the Bible, Koran or the Pentateuch as Mr. Ahmed explains his theory well.


The author's theory is helped by the mummies Semitic looks and name as well as one of Yuya's titles on his funerary equipment which matches the Biblical Joseph's title " a father to Pharaoh". The book is certainly on the preachy side of the old testament and the Koran but the author's knowledge on these subjects as well as Egyptology is very good.


The argument is highly desirable that such an important historical religious figure could be represented by perhaps the most beautifully preserved mummy from ancient Egypt. However, we know that the viziers of the Pharaoh Amenhotep III bore names of Ramose, Ptahmose and possibly Aper-el there is no historical mention of this or the preceding King Thutmosis IV of a vizier named Yuya.


The author himself lists the mummies titles and that of Tjaty (vizier), as well as other titles associated with viziers, are not present. The theory is delightful but the proof is lacking and there appears to be no place in the Egyptian historical record for Yuya to have ever been a vizier to Pharaoh which the religious books tell us was Joseph's occupation to his pharaoh.


The book was a good read but its religious content may not be for everyone and the book's theory appears to me to be without merit.
Posted by Timothy Reid at 3:10:00 PM No comments:

New statues have been found near Luxor including a bust of Hatshepsut.

Out of the Vaults

The Royal Ontario museum is probably Canada's Premier museum with its Egyptian and Dinosaur collections. The Egyptian collection was founded by Charles Currelly and a number of prominent citizens.

Mr. Currelly worked with great men excavating in Egypt like Flinders Petrie and Eduoard Naville and was allowed to help himself to artifacts in the storerooms of the Egypt Exploration Fund in order to build a collection for Canada.

Out of the Vaults now on at the R.O.M.

Brooklyn Back on Site

The restoration of the Taharqa gate looks great as is their blog.

http://www.brooklynmuseum.org/community/blogosphere/bloggers/2009/02/17/back-on-site/
Posted by Timothy Reid at 8:49:00 PM No comments:

A Quiz from the Brooklyn Museum

Those folks at the Brooklyn have placed this quiz on their website, have fun.

http://www.brooklynmuseum.org/exhibitions/coptic/quiz.php
Posted by Timothy Reid at 2:12:00 PM No comments:

The Search for Nefertiti 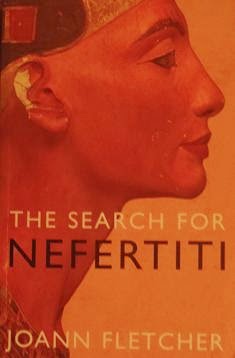 This book and television show caused quite a scandal five years ago when Egypt's antiquities Majordomo Dr. Zahi Hawass felt that Ms. Joanne Fletcher had deceived him in drawing conclusions which Ms. Fletcher did not inform Dr. Hawass of. This was a breach in protocol and Ms. Fletcher and her prestigious English team were sent packing with Ms. Fletcher not being allowed to return to work in Egypt anymore.


Ms. Fletcher's charms are apparent right from the start of this 380-page book and it is not long before the book heats up and starts becoming fascinating. The authors knowledge on mummies is well justified from her research and intelligent view though she sure spends a whole lot of time talking about herself in the book.


Ms. Fletchers work at the Qasr el Einy medical center makes for some of the most interesting stories as well as her knowledge of the great royal women of ancient Egypt, an issue more often than not ignored. The exception being King Hatshepsut.


Funny enough the book contains pictures and a mention of the fake Amarna princess statue bought for L440 000 and of who's forger has now been convicted.


The argument for Nefertiti's greater than usual power is convincing and the Queen may today be more than a pretty face were it not for the erasure of her and her husband's reign.


The thought that there may never have been a separate King named Smenkara and that this name may actually have been one of Nefertiti's throne names is more than plausible and the fact that much of King Tutankhamen's equipment used in his burial was made for a woman and King Akenaten makes this assumption more than possible.


The book ends with the authors joint work in the tomb of Amenhotep II where the mummy known as younger women has long had the author believe the mummy to be the subject of her research Nefertiti.


Whether the mummy in question is Nefertiti is still up to dispute but the book itself is a good read and I would recommend it to anyone interested in Egyptology or mummies.
Posted by Timothy Reid at 11:20:00 PM No comments:

Here is a new video and images of the royal mummies room in the Cairo museum and the funerary equipment of Yuya and Thuya.

A Burial for Everyone

The recent find of mummies were found in an old kingdom tomb but some of the mummies are from Egypt's late periods 26th dynasty.

Here a video in which Dr. Hawass opens the sarcophagus and inside a pristine mummy.

Life and Death of a Temple Singer

Meresamun is today a star in the world of Egyptian mummies a place she could never had imagined she would be 2800 years on.

http://www.archaeology.org/online/features/meresamun/
Posted by Timothy Reid at 8:07:00 PM No comments: 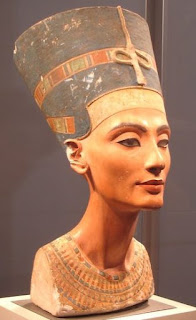 Here an old letter in this controversy on who rightfully owns the iconic bust.

http://www.redorbit.com/news/science/1636393/egyptian_archaeologists_find_30_mummies_in_saqqara/
Posted by Timothy Reid at 12:08:00 PM No comments:

Valley of the Kings

Here we have some very interesting pictures from the current excavations in the Valley of the Kings.

Here is Jane Akshar's latest blog on lectures from the Mummification museum.

Here is an update by Otto Schaden on the opening of the jars containing refuse.

The wonderful Oriental Institute in Chicago is holding an exhibition on the mummy called Meresamun who lived during Egypt's 22nd dynasty around 800bc.

This antique riverboat has a prestigious and royal history and has been sailing the Nile for the last century but unfortunately today needs repair.

This article is in Spanish and unfortunately I do not know the language however there is a video and I do have eyes.