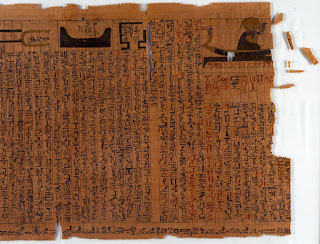 Here we have the Book of the dead of Sobekmose an 18th dynasty goldworker of Amun. Sobekmose lived within the reign of Thutmosis III to his son Amenhotep II, between 1479bce - 1400bce, At such a date it makes Sobekmose's one of the earliest Books of the dead and important example to the early part of the evolution of such texts.

Sobekmose's book contains about half of the known spells with a number of the spells being in common with the older coffin texts of the Middle Kingdom, unusually it is inscribed on both sides. Unfortunately, the papyrus was in poor condition and has required a number of years of restoration at it's home in the Brooklyn Museum.

Visitors to the museum will now be able to view all three sections of the papyrus after the third and final parts restoration is finished. Sobekmose's book of the dead is currently part of Brooklyn's wonderful display called "The Mummy Chamber".


One set to work on this day on the block of the sarcophagus. The wonder was repeated. rain was made, the forms of this god appeared, his fame was shown to men and the highland was made a lake, the water went to the margin of the stone.

A well was found in the midst of the valley being 10 cubits by 10 cubits on its every side filled with fresh water to its edge, undefiled, kept pure and cleansed from gazelles, concealed from the troglodyte barbarians. Soldiers of old and kings who had lived in the aforetime went out and returned by its side, no eye had seen it, the face of man had not fallen upon it but to his majesty himself it was revealed...............

James Breasted: The Documentary Sources of Egyptian History
Posted by Timothy Reid at 5:41:00 PM No comments: 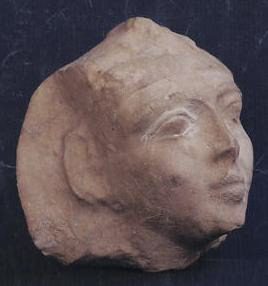 This head is listed on Interpol as stolen from Egypt but unfortunately very little detail about when it was stolen and how?
Posted by Timothy Reid at 6:57:00 PM No comments:


Year 23 first month of the third season day 15 under the majesty of the King of Upper and Lower Egypt, Khem ibre given life forever.

The god was conducted in peace to the beautiful west, to let him assume his place in the necropolis, in the place which his majesty made for him, the like of which has never been done before; after there had been done for him all that is done in the pure house.

Lo his majesty had it in his remembrances how Horus did for his father, Osiris, and he made a great sarcophagus of granite. Behold, his majesty found it good to make it of costly stone more than all kings of all times. He made a shroud of Mysterious linen of Resenet and Mehenet, to attach to him his amulets and all his ornaments of gold, and every splendid costly stone. They were more beautiful than what was done before, for his majesty loved the Apis, Living Son more than any other king.

Ahmose Sineit, given life forever, made for him. 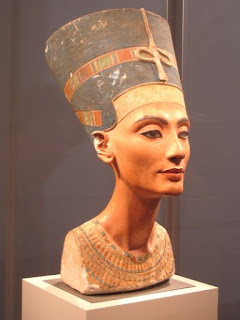 There was a recent article in the German newspaper Der Spiegel about a 1924 document found by the German Oriental Association who's author implies that the archaeologist who found the famous bust of Nefertiti at Tell el Amarna in 1912, Ludwig Borchardt used deception to secure the bust for Germany. If this turns out to be true and not just somebodies opinion in 1924 it may help Cairo's call for the return of Nefertiti.

A part of me laughs at the size of that "if", yes it is a big word and one that I am very fond of myself however there has always been the issue that the official of Egypt's antiquities service in charge of the division of finds did not do the job properly. As for what statute of limitations exist in this case that may perhaps be the bigger issue? Whether those statutes are recognized by either party may be a nest of bureaucracy unto itself?

Add to this I can see the director of the Neues museums name being destroyed both academically and publicly scorned in Germany that the star was handed over on that persons watch? Which other museum would hire that director or would not other museums fear that if they hired that person they may do the same to their star pieces?

That is even a side point as to who is going to retrieve it on behalf of Cairo is another nest? Dr. Hawass may have difficulty receiving the proper documents to even enter Germany? So how about the head of UNESCO Irina Bokova of course after a smart caviar and champagne lunch.

There is little doubt to me it is unlikely that a small mismanaged country like Egypt can do anything to impress upon an economic giant like Germany.

So it seems that the 1924 document may not even hold any weight whatsoever even if it is valid and it appears unfortunate for Egypt that in the end laws are meant to be broken and as grotesque a message as that sends few care when they are standing in front of the beautiful Nefertiti in her beautiful room at the Neues museum!

This is an article concerning the third phase of the construction of Egypt's Grand Egyptian Museum which when completed will house 100 000 objects 10 000 of which are already present? The Museum is set to open in 2015?
Posted by Timothy Reid at 7:29:00 PM No comments:

I love the picture with this article about the restoration of what may be the worlds oldest pyramid. The pyramid created in the 3rd dynasty for king Djoser. I hate the idea of diagonally inserted steel rods knitting together a building that has withstood 5000 years without them.
Posted by Timothy Reid at 7:08:00 PM No comments: 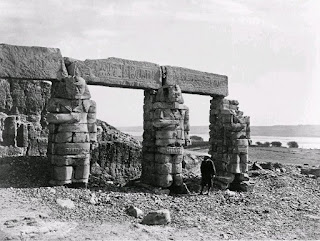 After a pause of many months due to the security situation in Egypt about a quarter of foreign archaeological expeditions are now back in the field. The last archaeological season showed little coming out of the valley of kings though there is an update on kv64. Also what appeared to be an intact shaft was found in one of the tombs on Luxor's west bank.

The unfinished avenue of rams linking Karnak with Luxor remains a dubious place to take a wiz or throw your garbage which has become a real focal issue not only at the avenue of rams but other places around Egypt particularly archaeological sites. I wonder how the temple of Ptah at Mit Rahina is doing on this issue?

At Giza once again the great pyramid has caught the public imagination particularly with robots ascending that pyramids shafts and current technology being used with great effect on solving the pyramids construction. Herodotus might be off on this one?

At Saqqara the worlds oldest pyramid is in process of a multi million dollar restoration including removing the debris covering the sarcophagus and over at the Supreme Council of Antiquities there is a new Secretary-General Mohammed Abdel Fattah and I think it is a perfect time for a fresh start.
Posted by Timothy Reid at 5:41:00 PM No comments: