Here we have the Denver art museum announcing that the traveling Tutankhamen show will be visiting next summer.

This theory certainly must come at the chagrin of Dr. Hawass, the rising of sothis is an interesting date however there is no proof of this theory. 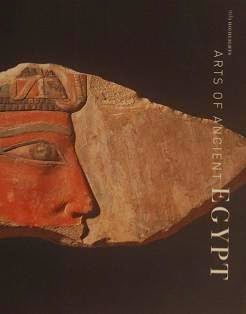 Recently my nine-year-old charge Natasha was on her way to Boston with her family so I urged her to visit the Museum of Fine Arts to find Djehutynakht's brick makers and tell me about them, unfortunately, the brick makers were not on display thankfully Natasha brought this book home which does have that picture.


I am already a fan of the museums bulletins of George Reisner's excavations at the start of the last century through which the museum acquired many of its finest pieces complete with provenances. The book opens up with the short history of the founding of Egyptology and Egyptian collections in America including the founding of Boston's collection.


The collection in the museum is one of the largest and finest in the world particularly on it's Old and Middle Kingdom collections of all periods of Egyptian art are well attested by masterpieces in this collections 60 000 pieces. The highlights chosen for the book are among the finest and most famous objects of Pharaonic Egypt including the 2nd Dynasty scepter of King Khasekhemwy which indeed does inspire awe while my friend Natasha really liked the 4th Dynasty beaded dress.


The authors add details from Dr. Reisner's expeditions in relation to an acquisition of individual objects including artifacts not represented in the Cairo museum. Highlights was an excellent read with very fine pictures but that does not surprise me considering, after all, it is the Boston Museum of Fine Arts and one of the world's great collections.
Posted by Timothy Reid at 4:39:00 PM No comments:

UNESCO Candidate has till Tuesday

Egypt's minister of culture has till Tuesday to win the nomination for director general of UNESCO. The troubled minister finds himself limping to the finishing line after remarks he made in regards to burning books.
Posted by Timothy Reid at 11:38:00 AM No comments:

The Tunnels of Giza

Your publicity machine is working well when you have the good doctor Zahi Hawass commenting on your new books theory.

http://www.i-newswire.com/zahi-hawass-debates-new-discovery/4121
Posted by Timothy Reid at 6:09:00 PM No comments:

Here is a conveniently timed article by Dr. Hawass. I say convenient because today voting for the director general job of UNESCO begins and Dr. Zahi and his friends are hoping the Egyptian candidate will get the job even though the candidate Farouk Hosny has threatened to burn Israeli books.

I noticed the parts that have not been restored or at least displayed are the parts containing the star of David.
Posted by Timothy Reid at 11:57:00 AM No comments:

The travelling show "Tutankhamun and the golden age of the Pharaohs" is off to New York.

A museum director in the United states is accused of stealing Egyptian artifacts and selling them at auction.

http://www.newsday.com/long-island/nassau/ex-museum-director-to-surrender-in-theft-of-artifacts-1.1451120
Posted by Timothy Reid at 9:46:00 AM No comments:

Here from National Geographic a series of pictures of animals that may once have belonged to a ruler of ancient Hierankonpolis.

http://news.nationalgeographic.com/news/2009/09/photogalleries/animal-tombs-ancient-egypt-missions/index.html
Posted by Timothy Reid at 9:36:00 AM No comments:

The Mummy by Joyce Tyldesley 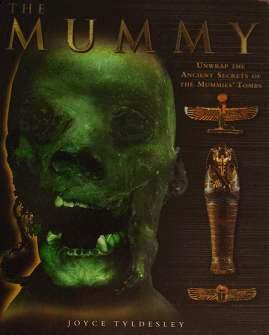 
On my journey back to Vancouver I was browsing through this book which I had just picked up while visiting Victoria finding, to my chagrin, that a number of the photos bore incorrect captions including a picture of the female mummy found in the coffin of Ahmes Nofretari labeled as the mummy of Siptah. On page 16 the sentence says "Although the purifying bacteria.." when it should be "putrefying bacteria", makes one wonder if the editor was asleep during the production of this book. Being only 25 pages into it I have already found a half dozen mistakes, we are off to a very clumsy start!


The book is a short 125 pages long with a good selection of pictures as is the writing of Ms. Tyldesley informative which I expected from previous works by the author that I have read. The mummy is clearly intended for new readers to Egyptian history as most of the famous stories in relation to mummies are present in a format very much suited for a ten-year-old.


That is not to say nothing original was said in contrary I learned a number of interesting details but there were still more mistakes. From here the author is on to a history of fictitious books and movies all featuring our bandaged friend committing acts of brute murder.


At the end of the book, I reflected on the errors which I had found realizing these mistakes were in relation to the labelling of pictures and poor editorial production they in no way detracted from the strong presentation by the author. Having said that I have my doubts whether I would give this book to a child knowing that it possessed a fair amount of misinformation.
Posted by Timothy Reid at 8:09:00 PM No comments:

Things I Wished I Never Said

This very thorough article is on the potential nomination of Egypt's minister of culture Farouk Hosni to UNESCO as its director general. Minister Hosni got carried away and said damning things to his reputation about book burning.
Posted by Timothy Reid at 12:15:00 AM No comments:

The Nile and the Egyptian Civilization by Alexandre Moret 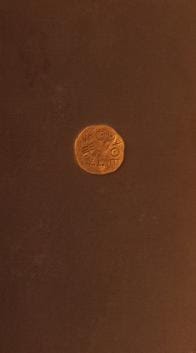 This 1927 book is by the late distinguished Alexandre Moret which comes with some immediate approval well at least by the mouse that nibbled on the bottom right corner of my copy. I love the look and smell of old books with texts that almost certainly will be out of date but in many ways closer to the truth of those days.


The introduction heads into the sources and chronology followed by the decipherment of the hieroglyphs including the discovery of the Rosetta stone by  Captain Broussard of Napoleon's army while digging in the foundations of a fort at Rosetta.


As fascinating the landmarks of Champollion's decipherment are, certainly the chronology of Pharaonic dates of history in relation to the helical rising of Sothis by the priests of Heliopolis lends a date to the start of the Egyptian calendar of the rising of Sothis in 4241 bc, we are off to an interesting start!


Though I must also say that the rising of Sothis on this date and the start of the Egyptian calendar have been discredited with many experts placing that date to 2781BC or dispute the entire concept altogether.


Mr. Moret is next on the rarely covered subject of the nomes of ancient Egypt emerging from nomadic tribal standards to provincial status regardless of individual groups including the gods they represent with the chapter ending with a five-page chart of all the nomes of Upper and Lower Egypt including the nome gods and capital cities outstanding!


The succession of the dynasties of the god-kings of prehistory is well explained including the death of Osiris. The wars between Seth first king of Upper Egypt and the first king of Lower Egypt Horus the elder are well accounted with Horus defeating Seth and reigning for 300 years before the god Thoth's reign of thousands of years leaving Horus the younger, the son of Isis, to be the last of the god-kings.


The evolution of prehistoric monarchy to King Menes and the Thinite dynasties of I and II through those of the Old Kingdom are interesting and still reasonable interpretations of the surviving monuments more than eighty years later. While the pantheon of gods and goddess' merge and take the attributes of older gods while a defining of the gods roles takes place. Many take on elements of the gods Ra and Osiris while others fall from favor and are assimilated. The author gives a sound history of the Osirine play how it evolved as a royal prerogative in the Old Kingdom to a prerogative of the entire population by the Middle Kingdom.


The history of the political evolution and revolutions of the late Old Kingdom to the Middle Kingdom and up through the New Kingdom political structure is well explained, the place each official holds within the framework of administrations being reasonable though the story of the reigns of Thutmosis I through to Thutmosis III including Hatshepsut is largely now a discredited scenario as is much of the reign of Akhenaten in this book.


The second half of the book is a very detailed examination of the gods and the influence upon the evolution of Egyptian society. The book is certainly a good read with of course the expected flaws which were minor, the book was well written.


The book was a scholarly read rather than an entertaining read and I must say however that I would have preferred it to be 100 to 150 pages less as in the end it did turn into a bit of a chore to finish.
Posted by Timothy Reid at 4:50:00 PM No comments:

The article is on the astronomical alignment of Egyptian temples.

http://www.newscientist.com/article/mg20327243.000-egyptian-temples-followed-heavenly-plans.html
Posted by Timothy Reid at 5:53:00 PM No comments:

From the fine folks at Archaeology Magazine come this look at Egyptian sites in New York.

http://www.archaeology.org/online/features/egyptian_nyc/
Posted by Timothy Reid at 12:13:00 PM No comments:

What the Governor Said

Dr. Hawass and the Supreme Council of Antiquities is unhappy these days as the governor of Giza claimed the great pyramid was started on a date which according to Dr. Hawass is false and not the place for the governor to say.

An article on fragments of a parchment holy book dated too350 AD.

http://www.independent.co.uk/news/world/africa/fragment-from-worlds-oldest-bible-found-hidden-in-egyptian-monastery-1780274.html
Posted by Timothy Reid at 10:48:00 PM No comments: