Was King Hatschepsut the Original Owner of Theban Tomb 358? 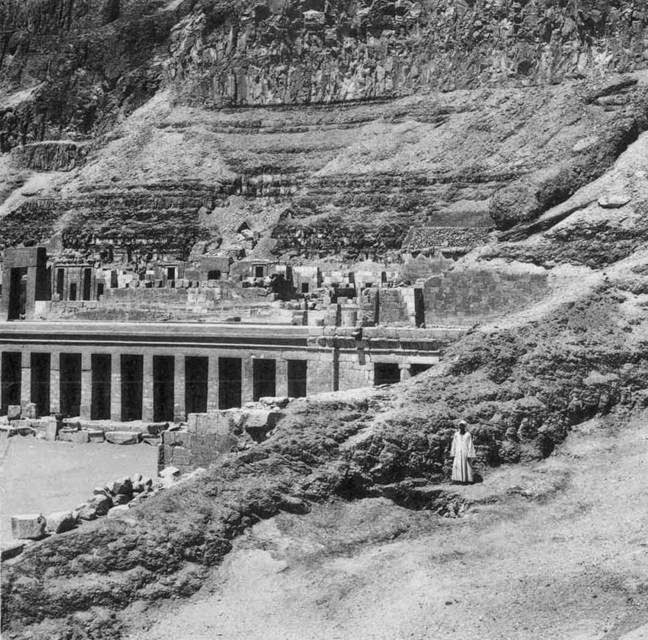 When found by archaeologists working for the Metropolitan Museum of Art's excavations in February of 1929 the tomb contained the burial of an 18th Dynasty Queen, Meryetamun. The queen remains a bit of an enigma in that her burial clearly states that she was an important member of the early 18th Dynasty royal family who ruled Egypt from ancient Thebes.

Unfortunately the name Meryetamun was possessed by way too many queens of the family and as a result has left her as somewhat anonymous, though she bears a likeness to the mummy of Thutmosis III. The find was remarkable that in the crypt beyond the well the queen and her coffins were in orderly condition, except the gold had been neatly stripped from her coffins and mummy which then had been beautifully restored, offerings were placed, with this the ancient restoration party left Meryetamun to her long sleep never visited again until discovered by the Metropolitan's excavation more than 3000 years later.

The controversy comes in which came first the tomb or Hatschepsut's memorial temple, or were both created at the same time? For myself, I think the question is overrated and perhaps irrelevant for certainly by the time the temple builders made it to the eastern end of the northern colonnade they were aware the tomb was there and a planned room was not created in order to avoid the tombs staircase.

While the tomb builders broke through to the foundations of the temple in one of the tombs corridors and deliberately went lower to avoid the temple above and eventually stopped work on a corridor to avoid undermining the temple's foundations. This to me says that both operations are occurring simultaneously, that is the tomb should also be dated to the reign of Hatschepsut. 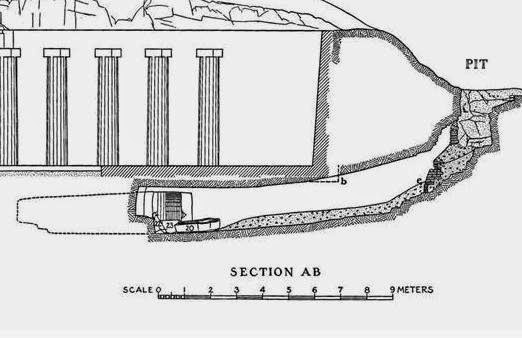 I am left to wonder if this ultimate screw up may have led to the downfall of the architect and favorite Senenmut, leaving both the tomb and the mortuary temple badly compromised.  Senenmut's figures hidden behind the doors of the temple, where they cannot be seen when the doors are open, perhaps an act of foresight on his part.

Two other tombs have been found prepared for Hatschepsut both containing stone sarcophagi inscribed for her, including one created for her before her rise to kingly status and Valley of the Kings tomb, KV20 which contained two quartzite sarcophagi, both originally made for Hatschepsut, except that when found one of the boxes had been re-cut for her father Thutmosis I.

This heavy stone sarcophagus lay on its side, probably an accident of descent into that tomb but could it originally have been destined for Hatschepsut's burial behind her temple in Theban Tomb 358? 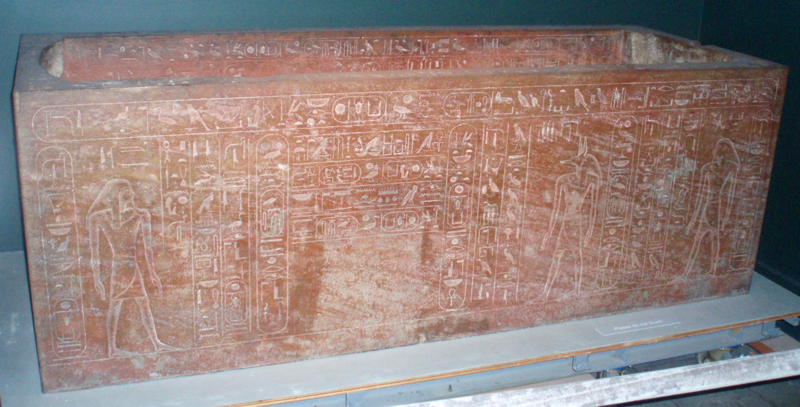 This leads me to the significance's of the well in the tomb an unusual feature in the tomb of an 18th Dynasty queen of which I know of no other queens tomb to possess a well usually reserved for the tombs of kings in the 18th Dynasty beginning with Hatschepsut's predecessor Amenhotep I whose potential tomb found at Dra Abu el-Naga was the first Theban royal tomb to have a well. In reality, TT 358, maybe the second royal tomb to have a well and intended for Hatschepsut to be buried under her mortuary temple as was tradition a king.

It cannot be viewed as a coincidence that the crypt is directly behind the central shrine of the temple and the well says Hatschepsut probably never intended to be buried in the Valley of the Kings, her final decision probably offered her little time to start again. The architectural problems which had exposed the foundations to the temple in the tomb and the obviously unfinished extra room of the temple that if the room was ever excavated would have revealed the tombs staircase, these were together a huge screw-up! 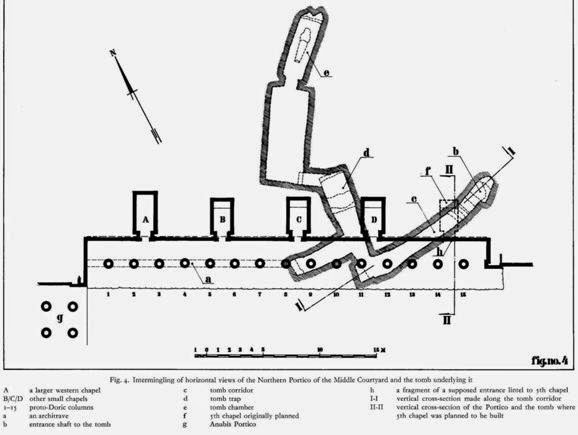 These architectural flaws became really good reasons to abandon the project and send the sarcophagus to be buried with her father in the Valley of the Kings, leaving her to hack out the apartment below KV 20. The decorated blocks meant to cover the walls had only been started when King Hatschepsut died and was buried within the rude sepulcher of KV 20 laying next to her sarcophagus re-cut for her father lying empty and on its side.

A good reason for Thutmosis III to create a new burial for his grandfather and a great place to bury Queen Meryetamun! 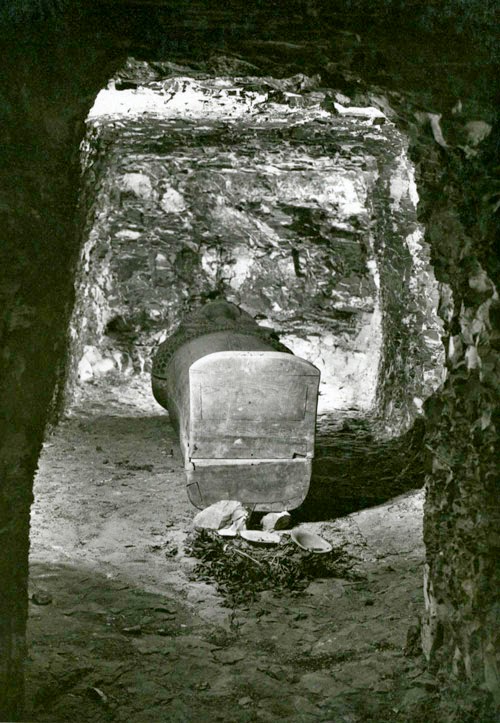 "The silence, the dark, and the realization at the ages that [this last] coffin had laid there...all combined in creating an eerie effect; and whatever one may expect, that does not happen so very often in digging".
Herbert E. Winlock