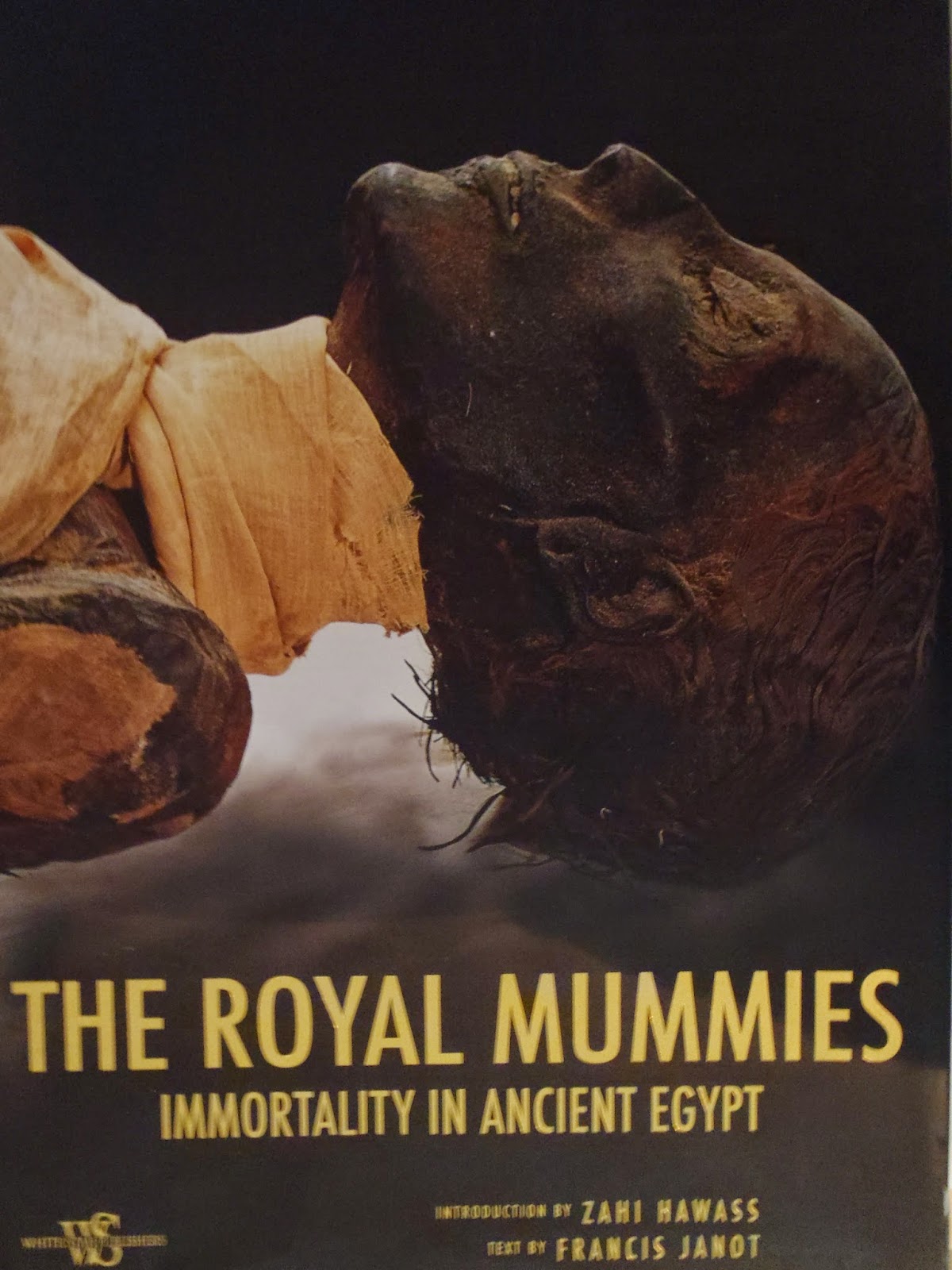 "What a thrill it is when the portable lamps are lowered down a deep shaft and their light dispels the darkness of a tomb forgotten for centuries!"

The introduction of the book was by Dr. Zahi Hawass who repeats his finds including pictures from a television program about the finding of the mummy of king Hatshepsut in which a late 19TH Dynasty mummy of unknown woman "D" is represented as being the late 17TH Dynasty mummy of unknown woman "B", though it appeared in his words that he was describing the correct mummy but the unknown "D" was the one pictured in the book.

The author introduces the reader to the fascination of ancient mummies and the thrill of the royal mummies found in caches discovered in the 19TH century at Deir el Bahari and the Valley of the Kings. The chapter is filled with many nice old images of mummies including a Ptolemaic mummy once owned and drawn by the great artist Peter Paul Rubens in 1626.

More beautiful photo's of King Tutankhamun's shiny stuff are presented throughout but also many fine images from the tombs of the nobles. The chapter on masks, coffins, sarcophagi, and canopics was a nice assortment of material presented.

"Entrance here is defended by a terrifying guardian, a monstrous ram-headed crocodile armed with a gigantic knife. Some secondary routes that branch off from the main ways are especially dangerous because they lead to blind alleys, insurmountable obstacles. or even directly into the fire and Nothingness. Both ways lead the deceased to the necropolis of Rosetau".

Most disappointing for me is I bought a book on royal mummies instead I found myself in a book about funerary beliefs and practices that also include some royal mummies. This gigantic book was difficult to read by the very nature of its size and weight and cost even, though the photographs within are a feast.

Moreover, this mega-book possesses a number of editorial mistakes and that the content was not particularly special and not worth the struggle of propping oneself into position to read it. Leave it on the coffee table!
Posted by Timothy Reid at 8:09:00 PM