The Daughters of Nefertiti 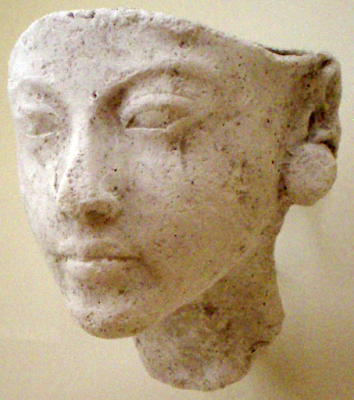 Valley of the Kings tomb KV63 was discovered quite by accident in 2005 by a team directed by Dr. Otto Schaden working on the tomb of Amenmesse inside and around the entrance of that king's tomb, KV10. As debris was being removed from in front of the tomb ancient workman's huts were found, and below a lip carved into the bedrock was revealed. The lip turned out to be the mouth of a shaft which descended five meters revealing a stone built door in one wall.

A few stones were taken from the top of the door revealing for the first time in more than three thousand years a small room containing many large white pots and at the back of the room seven black resin covered coffins, some with yellow faces indicating that those coffins were finished for women. There was hope that the world of ancient Egypt was about to present a number of historical personages in the parched flesh.

Unfortunately, no mummies were found with the exception of a shadow of where a mummy had left its impression in the bottom of a coffin. The tomb was, in reality, a mortuary dump of likely sacred leftovers of the mummification and reburial rites of perhaps a number of people. A clay seal was also found containing 'pa-aten' what may be part of Tutankhamun's wife Queen Ankhesenamun's Atonist name, Ankhesenpaaten.

The jars contained refuse including a funerary bed taken apart and placed in one of them. Used natron and bits of human flesh along with the remains of a funerary repast that included floral collars worn by the attendants of a long forgotten funeral. The storeroom KV63 lies near KV62, with the contents of both tombs from the reign of Tutankhamun, and more closely to the end of the Amarna heresy.  If the seal is correct and does represent Tutankhamun's queen than some of the debris may have come from Ankhesenamun's mummification, and funeral, suggesting that her death may have come quite quickly after Tutankhamun, perhaps for treason. If we are to believe it was Ankhesenamun who was writing to a foreign king for one of  his sons, so she could make him king, rather than have herself married to a servant. 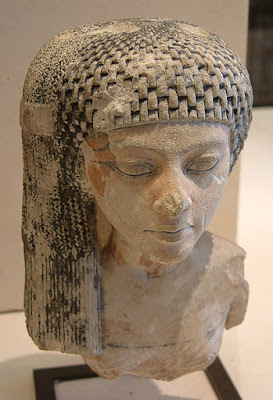 It is unknown what the circumstance was during the evacuation of the royal tomb at Akhetaton and the condition of the royal family's mummies by the time they were removed from the tomb. Judging by the king discovered in Valley of the Kings tomb KV55, which appeared to be disheveled yet still wrapped when found. This may be a good sign for the royal mummies theorized as hidden behind the walls of Tutankhamun's tomb.

It must be observed however that the accouterments found on the KV55 king were in no way equally as abundant as those found on Tutankhamun. This may suggest that the mummy in question might well have been found after a robbery of the royal tomb and had been re-wrapped. This leaves open the possibility that the Amarna tomb was robbed before the move to Thebes and that those members of the family that were buried there, such as King's Akhenaton and Smenkhkare, Queen's Tiye, Nefertiti and possibly Nefertiti's oldest daughter Meritaton, as well as Princess Meketaton had all been through at least one violent robbery before the transfer to Thebes.

The assortment of coffins found at the back of tomb KV63 looked humble enough, though they were finely made. Could the Amarna dead have been transported in these simple coffins as some of the royal mummies from Amarna may no longer have had coffins left by the time the robbery was discovered? The occupants moved along with Akhenaton in his badly damaged and unwanted female royal coffin converted for his burial. More importantly sending the disgraced king back to Thebes in this converted coffin of a woman may have had meaning to all those who saw the display and knew who was in the coffin.

The idea that the coffins in KV63 came into the valley containing the unwanted mortuary material seems unreasonable. This material would likely have been part of funerary arrangements for the daughters of Akhenaton and Nefertiti, with the mummification refuse being for Ankhesenamun. Certainly, all the coffins found in KV63 could not have belonged to Ankhesenamun alone.

In particular the funerals of the two queens’ in tomb KV21, These mummies being known as KV21A who through DNA testing is the mother of the fetuses in Tutankhamun's tomb and the only known queen of the boy king. KV21B found in the same tomb as Ankhesenamun may well be the deceased Meritaton whose embalming materials may have been left buried at Akhetaton. There is no evidence of Meritaton changing her name, unlike Tutankhamun and Ankhesenamun leaving open that she was already among the dead moved from Amarna. 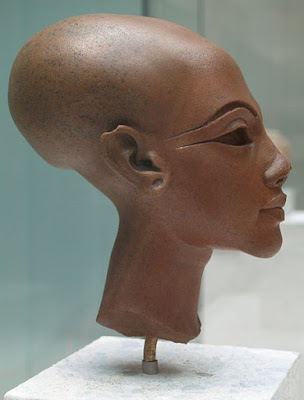 The Newberry ring is a faience ring that contains two cartouches side by side, one is of Tutankhamun's successor the Pharaoh Ay while the other is Ankhesenamun's indicating that she did outlive her husband, but not by much as Ay's reign was short. The coffins deposited in KV63 being left in the refuse as I would imagine that the royal workshops under Tutankhamun would have been busy making replacement caskets for those members of his family who left Amarna in these substitute coffins in approximately 1334 BC. How many years after the arrival and reburial at Thebes of those royals had spanned till the death and burial of the last queen of the dynasty is unknown,

Tutankhamun came to the throne at the age of nine with the move back to Thebes occurring in year four or five of his reign. Four years later Tutankhamun is dead leaving Ankhesenamun to finish the dynasty. This may mean that KV 21 and refuse room KV63 had been employed for little more than three or four years around ca.1334 BC to 1337 BC, and likely both were finally sealed and forgotten after the burial of Ankhesenamun.

Famed Egyptologist Nicholas Reeves theory that King Tutankhamun's tomb may have other chambers containing the burial of Nefertiti presents many opportunities for imagination. Mr. Reeves theory may well be backed up by the number of coffins discarded in KV63 after the burials and reburials of Nefertiti and her daughters. 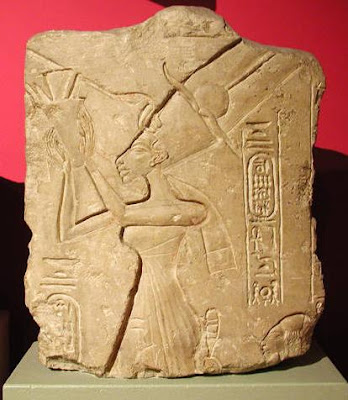