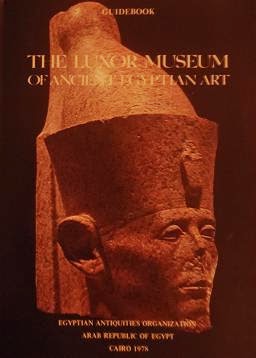 I have had this small guide for years but only recently realized that it is a hard to find publication and that was all I needed to convince me that it deserved a review. This small guide contains numerous black and white images along with a description of the object and most wonderful the place where it was found. Having said that all the museums artifacts come from the area of Thebes except one.


The guide opens with a very nice rundown of Egyptian history, particularly where Thebes is concerned.


"One of the oldest basilicas in the East was that in the northwest corner of the first court of the Luxor Temple over which the mosque of Abu l Haggag was erected in the Middle Ages. Other Theban temples, too, were converted into churches, and into and over the temple of Hatshepsut at Deir el Bahari deir, a Coptic monastery, was built."


The guide focuses on certain displays in the museum beginning with displays 1 and 4 of Predynastic pottery and stone vessels from about 3200-3000 B.C. The guide moves quickly to the Middle Kingdom in display number 16 with the foundation deposits from the temple of Mentuhotep II at Deir el Bahari.


The two statues of the Twelfth Dynasty Vizier Mentuhotep are present both missing their heads which were made out of another material. In display 58 we find a slightly crude relief of acrobats originally from a building created for Hatshepsut. The block was later reused as filling in the Third pylon at Karnak and found in 1923-24. 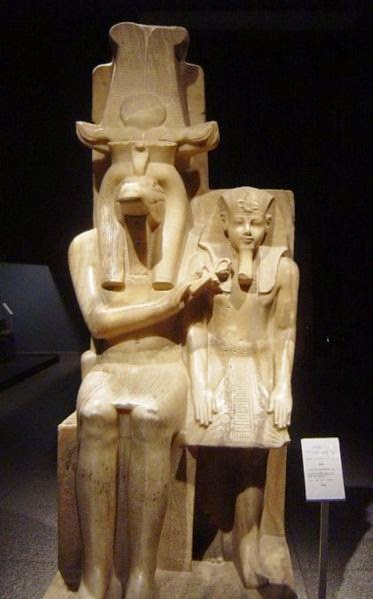 A number of fine pieces come from the temple of Sobek including one statue found on top of a sandstone slab that concealed a well containing an important statue of Amenhotep III and the goddess.The museum contains a stunning colossal head of Amenhotep III wearing the crown of Upper Egypt and found in his mortuary temple in 1957.

Perhaps the most famous display in Luxor's museum is the talatat wall from a temple of Amenhotep IV found as fill in the Ninth Pylon at Karnak between 1968-69. A number of the museums pieces come from the votive deposit found north of the Seventh Pylon around 1904. 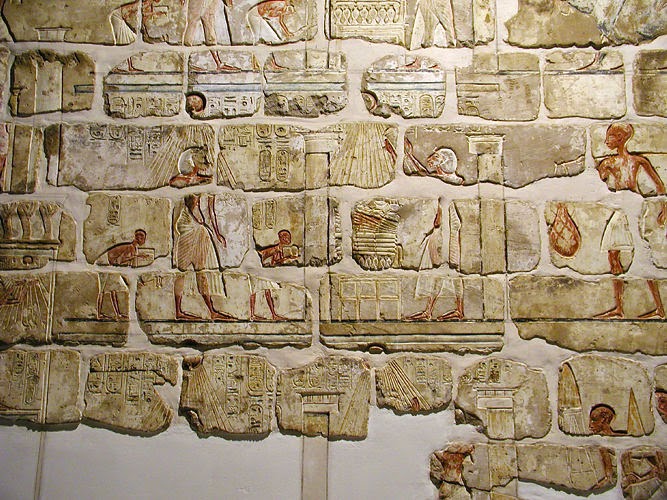 The reader is next onto Luxor's ultimate resident Tutankhamun and the contents of his tomb that were at that time displayed in the museum. These include sandals, arrows, boats, 63 gilded rosettes from Tutankhamun's linen pall and the gilded head of a cow found on the floor of the treasury.

Discovered in the Valley of Queens in 1972 was tomb number 80 containing the burial of the mother of Ramesses the great, Tuyi. Among the debris, the excavator found a charming calcite canopic jar lid carved in the image of the great lady.


The guide does contain a handful of colored pictures including one of a fine but badly damaged vivid painting of Amenhotep III found in tomb no. 226 at Sheikh Abdel Qurna in 1913. In display number 230 we find the ancestor bust of Pa-en-djerty found in the tomb of his son Amenmose at Dra Abu 'l Naga.(1)


In Theban Tomb no.192 at Asasif in a hidden chamber beneath the north wall of the tomb was found the mummy of the 'Mistress of the House' Shepenkhonsu. The intact mummy is completely covered in her magically decorative cartonnage case created during the early Third Intermediate Period.


I loved the series of offering tables presented, each with carved tops representing the offerings being presented to the gods by devotees forever. I have found in this short and uncommon guide a number of interesting nuggets of information that were unknown to me and in this knowledge is what I love about museum guides even if I would have preferred more colored pictures.

Photo of Amenhotp III and Sobek; Markh
Photo of the Gempaaten; Many thanks to Jon Bodsworth