Isis or the Search for Egypt's Buried Past 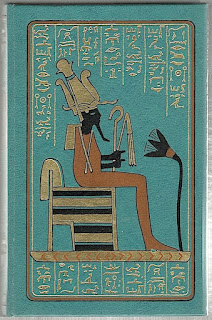 This book by Pierre Montet starts with the early history of exploration of Egypt's monuments with no shortage of interesting details. The contribution of Auguste Mariette to the science of Egyptology is beautifully put forward with many details that I have rarely if ever heard before.


The book precedes with Mr. Mariette's successors in the field as well as the various other excavators that take over at the end of the nineteenth century and the beginning of the twentieth century. The impetuous for some of the earlier explorations was the desire of to find sites and events from the Bible.


With the death of Mariette so begins the generous era of Gaston Maspero and it is at this time the book then turns to individual sites beginning with Abu Roash and the discoveries made at them. The book is instead of being a history of Egypt is rather the most interesting history of excavations along the Nile and the objects found and questions raised by these discoveries.


The author handles the less heard of missions with great interest but also the famous finds with equal intelligence not to be repeating the same old lengthy stories of great discoveries told over and over again. Mr. Montet talks in some detail of the Legrain statue deposit at the seventh pylon at Karnak about details unknown to the present author. The third part of the book comes to a close with the resignation of Mr. Maspero in August of 1914.


Part four begins with the changes made after world war one to the division of finds with Cairo receiving all the find's unless the antiquities authorities deemed a piece unnecessary to the national collection. The head of Nefertiti in Berlin became a major part of this decision being made.


Soon Mr. Montet is onto the discovery of King Tutankhamen's tomb in thankfully not too much detail and then the author is on to excavations outside of Egypt as well as in the desert regions.


The book was an interesting read though some of Mr. Montet's details are told differently by others but I might be the mistaken one. The famous story of the royal mummies arriving in Cairo and being taxed as salted fish is instead applied to the arrival of the mummy found in the pyramid of Merenre and delivered to Cairo in the months before the Deir el Bahari cache was discovered.


Isis was a good read certainly Pierre Montet was a fortunate excavator and a man who knew what he was talking about.
Posted by Timothy Reid at 10:07:00 PM