An Itinerary for Thutmosis I's Mummy

"I inspected the excavation of the cliff tomb of his majesty, alone, no one seeing no one hearing. I sought out the excellent things upon====== I was vigilant in seeking that which is excellent. I made fields of clay in order to plaster their tombs in the necropolis; it was a work such as the ancestors had not done which I was obliged to do there======= I sought out for those who should be after me. It was a work of my heart, my virtue was wisdom; there was not given to me a command by an elder. I shall be praised because of my wisdom after years by those who shall imitate that which I have done,----------while I was chief of all works.

My praise endured in the palace, my love among the court. His majesty endowed me with peasant serfs and my income was from the granary of the kings estate on each day.

The king rested from life going forth to heaven having completed his years in gladness of heart" 1
. 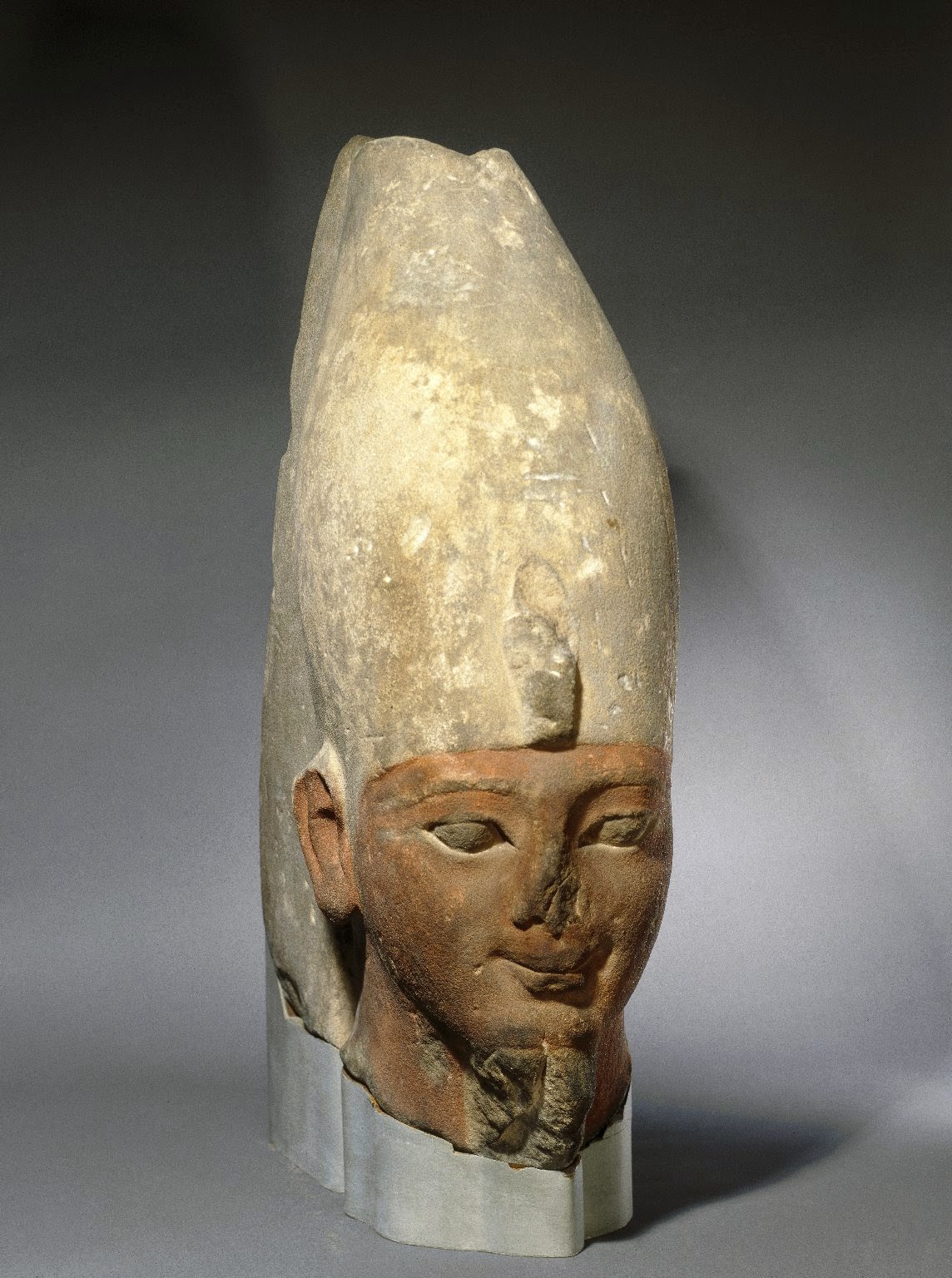 The biography Ineni had inscribed on the walls of his tomb(TT81) has been long known with the famous line "no one seeing, no one hearing", a rare and valuable documentary source for the history of King Thutmosis I,(1504-1492bce). That being said Ineni was certainly capable of over glorious self-congratulations typical in tomb biographies which in reality does not mean the job was done right.

Among the participants for the funeral of King Thutmosis I would have been two future kings including his son Thutmosis II and his daughter Hatschepsut who more than likely would have judged the merit of Ineni's work for themselves. It might appear that they felt their great ancestor deserved something better.

John Romer's 1974 study of Kv20 showed the differences between the lowest chambers of the tomb in comparison with the upper corridor down to the antechamber, the largest room in the tomb and the only case in the royal tombs in the Valley of the Kings where the burial chamber is smaller than the antechamber. Romer also noticed the unit of measure for the burial chamber was the same as at Hatschepsut's temple at Deir el Bahari.

Unfortunately, the foundation deposit is of Hatschepsut and not Thutmosis I but the evidence is good that Kv20 is indeed the tomb carved by Ineni for Thutmosis I at least down to the antechamber. Not very impressive work on Ineni's part, certainly anything but kingly and a good reason for Hatschepsut's workers to create the apartments below Ineni's half measure!

So did workmen simply push aside the kings mummy and continue chiseling? Probably not and one would suspect a nearby tomb would be required while Hatschepsut's workers modified Kv20 for her burial and the reburial of her father, and so begins an entire series of reburials for King Thutmosis I.

It is not unreasonable to think of Kv60 as the ideally located temporary home of Thutmosis while the workmen were expanding Kv20. The tomb is close by and the crudeness of the tombs carving may indicate its presence among the early rooms of the necropolis.

It is an assumption that upon the death of Hatschepsut that Kv20 would have been filled with the two royal mummies and closed. Unknown at which time the burial of King Hatschepsut was dismantled perhaps at the end of the New Kingdom or at the time of removal of Thutmosis I, that is if Thutmosis I actually ended up reburied in Kv20? 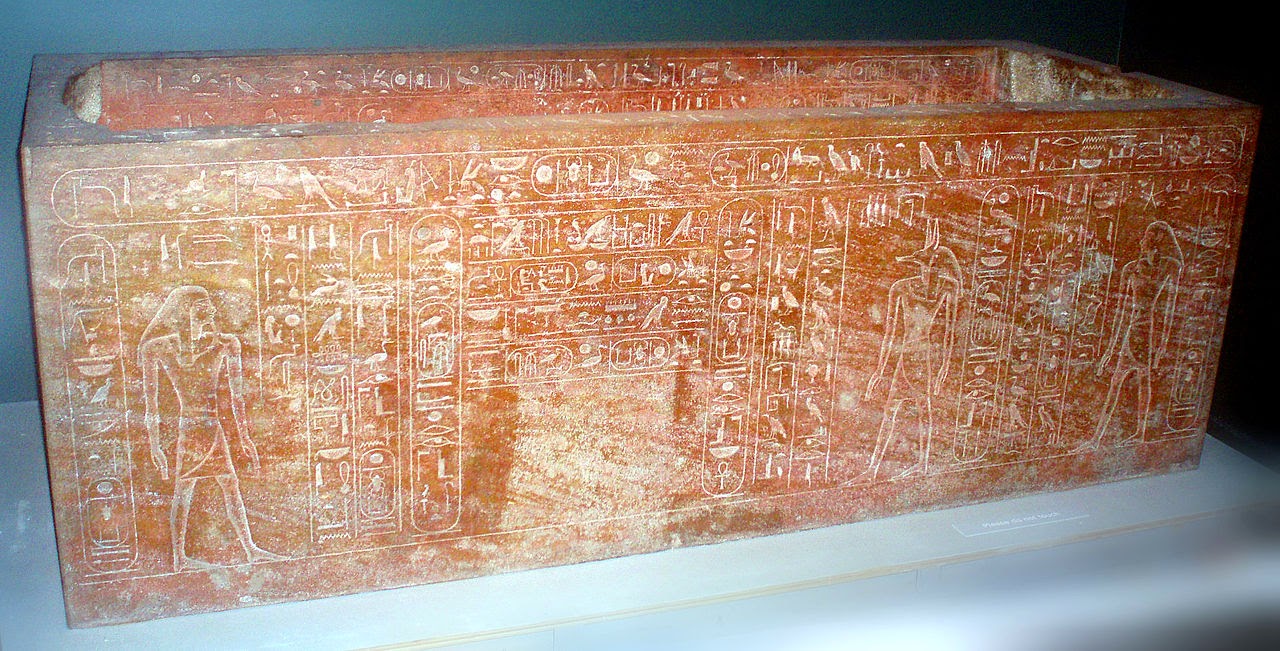 His quartzite sarcophagus was found lying on its side2, a position more attuned to be an accident of descent into the tomb rather than a necessity of removal of his coffins. The thought that robbers to the tomb would turn the stone sarcophagus on its side would have taken allot of manpower for a pointless act. Especially given that the tomb robbers probably worked very fast to get in and out of the deep dangerous tomb they were robbing whether clandestine or state sanctioned.

Rather I cannot help but feel that Thutmosis I's mummy never re-entered Kv20 but more than likely remained in the tomb Kv60 throughout her reign leaving Hatschepsut's intentions unmet at her death. Certainly, each king was responsible for the burial of their predecessor and had Hatschepsut's successor Thutmosis III wanted to remove kingly attributes from her burial he could have done that before the expense of her burial rather than playing the farce of digging her up to collect what never needed to go in, including his grandfather!

A sarcophagus inscribed for Thutmosis I was found in tomb Kv38, nearer the tomb of his grandson Thutmosis III. The tomb would have been a little more elegant affair than Ineni's creation with elements of decoration and is thought to be the tomb Thutmosis III used for the reburial of his grandfather?

Valley of the Kings tomb Kv38 is a little more impressive but sadly the painted walls have all been destroyed by water so we will never know if the walls contained images of Thutmosis I in the presence of the gods and/or the Amduat or like Kv42 only partially decorated? The style of cutting and surviving decorative elements clearly resemble the tomb of Thutmosis III(Kv34).

The evidence found in the DB320 "kings cache" tomb provided one of the coffins of the king believed to be part of the Thutmosis III restoration and of which would fit into the Kv38 sarcophagus including having decorative elements in kind to that tombs sarcophagus' lid. Whatever happened the evidence points that the mummy of Thutmosis I probably did end up in Kv38 whether he was still in it at the end of the New Kingdom is yet to know. 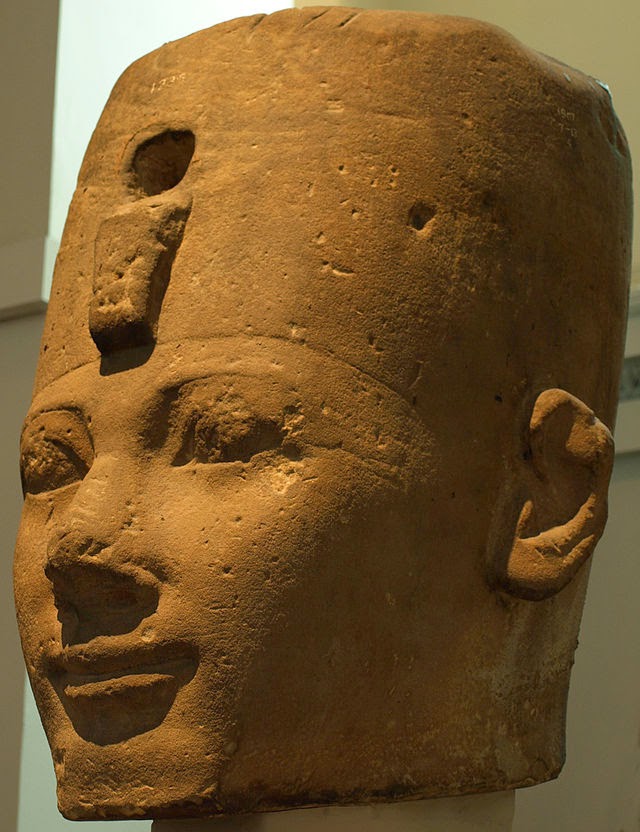 In the same cache two mummy's were also found of which one (CG61065) has always appeared to be of the family but has always been discredited as being too young to be Thutmosis I with recent CT scans revealing an arrow in this mummy's chest. The mummy is no longer believed to be that king but a prince of the Thutmoside family.

The other candidate for the mummy of Thutmosis I, is the  mummy (CG61066) the mummy identified as Thutmosis II is almost certainly a Thutmoside king but believed by some to be Thutmosis I because the mummy appears to be older in some eyes than the short-reigning Thutmosis II. There is a third mummy (CG61081) from the tomb of Amenhotep II and labeled with a docket on the shroud used by the XXIrst  Dynasty restorer to wrap up the king and his original wrappings. The docket giving the name of Seti II.

The problem comes in that the Seti II mummy does not look like his father Merenptah (CG61079), or his grandfather Ramesses II (CG61078), or his great-grandfather and namesake Seti I (CG61077) all of whom's mummies are in excellent state of preservation and resemble each other unlike the Seti II mummy who looks like the Thutmosis kings.

The suggestion has always left this mummy as a real possibility to be the missing Thutmosis I mummy. As a footnote besides the mummy inscribed Seti II, a coffin lid was also found in the tomb next to the coffin containing the Seti II mummy, the lid which was originally created for Seti II, though the box to the lid was not present?

At the end of the New Kingdom during the recycling of the Valley of the Kings the mummy of Thutmosis I may well have been removed from his Kv38 burial and placed in the tomb next door that of Kv15, the tomb of Seti II or more than likely Thutmosis I was moved to Kv14 also next door where there is some evidence of a cache of mummies once deposited in the tomb where the Seti II mummy may have also been placed after year 6 of Herihor(?)1074 B.C., based on a graffiti above Kv15.

Here the two mummies may have become confused especially if this cache which may have also included Sethnakht and/or Tuasret was found by the later restoration parties as robbed leaving the cache of mummies denuded of their inscriptions.

The problem comes here in that one of the two mummies did not make it into the tomb of Amenhotep II, either the Seti II mummy is present or not . The suggestion is that a mummy found by Howard Carter outside of the tomb of Kv15 and displayed within for years is actually one of these two kings. This to me is less than likely as the mummies arms are not crossed.

There is still another reasonable course for the mummy of Thutmosis I that after Kv38 the kings mummy may well have bypassed, for whatever reason, the Kv14 cache and instead was deposited in the not so far away tomb of Horemheb where there is evidence of the possible reburial of four royal mummies in that tomb. When discovered the tomb contained the scattered remains of four skeletons accompanied in the tomb debris by numerous late period funerary garlands and yet no objects of intrusive late period burials3.

While Hatschepsut and Thutmosis III were fussing over Thutmosis I there is no evidence that they did anything for the burial of Thutmosis II? The possibility does exist that Thutmosis II is still at rest in his intact tomb!

In the end the mummy of Thutmosis I may well have been the most traveled of the royal mummies of  the New Kingdom, a journey which may have included as many as five or six or more reburials over half a millennium from potentially 1492bc-934bc. It leaves no wonder that little material from the original burial of Thutmosis I in the tomb Ineni created(?), should still exist or be identifiable including the kings mummy!

"The king rested from life going forth to heaven having completed his years in gladness of heart".

Some suggestions for the route of Thutmosis I's mummy: