Egypt: The World of the Pharaohs 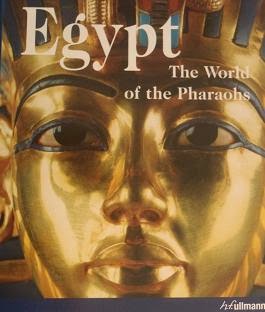 This 507-page book is compiled from various authors and edited by Regine Schulz and Matthias Seidel the book is filled with lots of great photos many of which I have never seen before. The first 300 pages of the book are a chronological order of Egyptian history and filled with great details.

Unfortunately, some of the facts are off and twice it was repeated that Ahmes-Nofretari was the wife of Amenhotep I when in fact she was his mother. The book is certainly extensive and covers numerous aspects of ancient Egyptian life including its temples, its tombs, burial practices and the archaeology involved in the discovery of its monuments.

The book is in depth but to a certain degree too in depth and though I found it interesting to hear the quarrying was not conducted by wetting wood wedges so that they would expand until the Romans I found too many subjects were not explored with any depth.

With my personal interests being mummies there were some great images but too few and the subject was mostly the same old thought, can anyone talk about Egyptian mummification without mentioning what Herodotus said late in Egyptian history. Everyone else tells the same story.

The book was long and intimidating with perhaps the best part being the images and though I did find it a little tedious I would recommend it if for nothing else than definitely for the images.

The book would have had a better impact on me with more of a concentration on certain subjects and less on an overall view.
Posted by Timothy Reid at 1:58:00 AM